Planning A Trip To Valencia? Here's a snapshot of Valencia weather and the best time to visit Valencia

The 3rd largest city in Spain, Valencia is found by the side of the Turia River, eventually flowing out into the Mediterranean Sea. Hence, the city enjoys a warm, relatively humid climate through majority of the year and is a tourist friendly destination. Summers are lengthier and hotter and winters are short and relatively cool. The best time to visit is normally the Spring Season, owing to the perfect temperatures and moderate tourist activity. The month of November is the most ideal time for budget travellers as the weather is cold enough for most tourists to stay away from the city, but still warm enough for outdoor exploration. 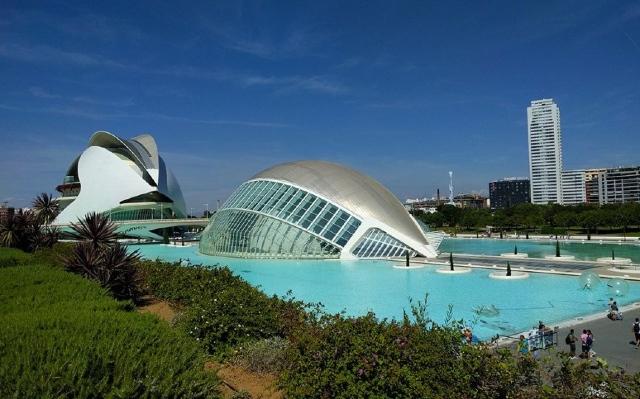 This is the best period to explore the city owing to the gorgeous weather, well-balanced around 18°C. In the evenings temperatures cool to about 10°C and visitors are recommended to be well-clad in warm clothes as it can get quite windy. Additionally, this is considered to be the tourist off-season so visitors can skip the massive crowds if they plan a trip during season.

As with a lot of places in Spain, summers can get blistering hot and dry for long spells. Temperatures are anticipated to scale to 30°C and higher during this period. Nights see the weather cool down significantly. During this season, tourists spend the days by the pool sunbathing. In the evenings once the weather cools they hit the bars and restaurants that line the city. This is a tourist heavy season but climate wise not the most ideal time.

During this season, Valencia is known to experience occasional showers due to a rise in humidity levels. Temperatures average between 18 to 27°C. However, for majority of this period the climate is well-balanced, there is more than enough sunshine but nights do tend to become a bit chilly in November. For budget travellers, this a highly recommended time to explore the city.

Winters are also relatively stable in Valencia. Temperatures average around 5 to 15°C. At night it can be very windy and chilly owing to the city’s proximity to the sea. Beachside activities tend to come to a halt during this season as the water’s temperature also drops considerably. On occasion there is a chance of stormy winds blowing from the neighbouring Pyrenees Mountains.