Planning A Trip To Narkanda? Here's a snapshot of Narkanda weather and the best time to visit Narkanda

Millions of people every year travel to Shimla, for its gorgeous sceneries, availability of basic amenities and easy access to small villages around it like Narkanda. A journey of almost two hours by road from Shimla, Narkanda is a well known skiing resort in Himachal Pradesh, which offers visitors with magnificent views of the hills and a climate which is so pure that you would not want to leave. The weather in Narkanda is sub tropical, with summers being warm and pleasant and winters being really cold with heavy snowfall, making it a winter wonderland for tourists as well as locals. 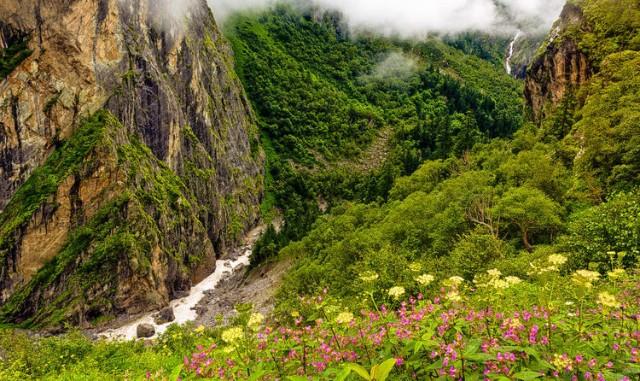 Even though it is said that summers in Narkanda start in April, it is still cold during this month due to the heavy winter that the place sees in the prior months. Gradually getting warmer from April onwards, Narkanda sees an average temperature of 10°C-15°C at first after which the land gets warmer due to the heat and experiences almost 30°C in June, which is almost the end of summer. During this season, the town looks so pristine, with new and vibrant flowers blooming on the mountains along with blue skies covered with fluffy white clouds. By the end of June, Narkanda is filled with lush green meadows and the fragrance of mountain flowers in the air, making it one of the best seasons to visit. Book your tickets and accommodation way in advance as the town pulls in a decent amount of crowd at this time.

After two months of summer, the month of July brings in some respite from the hot sun and the land is blessed with abundant amounts of rain. This season extends all the way until September, bringing in heavy showers of the southwest monsoon that in turn fill the land with greenery and the high mountains with fog. Due to the rain making the land slippery, it is not the best time to visit as there are possibilities of mudslides. The average precipitation during the monsoon season is 1575 mm. Carry your umbrellas, raincoat and appropriate shoes if you are travelling to Narkanda during the monsoons.

Winters are the best time to visit Narkanda. The longest season, extending from the month of October to February, winter is a true wonderland for one and all who visit this lovely town at this time of the year. Temperatures during this season drop to almost -5°C to -10°C, making the weather extremely cold. Due to heavy snowfall in winters, the land gets covered with a thick blanket of snow which is then used by tourists for skiing. This weather is perfect for snow treks up to the Himalayas and for skiing activities on various slopes for both amateurs and experts. Due to lesser tourists coming in at this time, accommodation is cheaper and it is less crowded as well.