The village of Mayong’s surrounded by wildlife given its proximity to the Pobitara Wildlife Sanctuary, which also makes it a popular tourist spot. With the addition of some adventure sports that include trekking and river activities that are conducted in the village, there’s ancient remains and historical relics and the whole ambiance of the occult and black magic mystery that shrouds the region to warrant a visit here from a tourism perspective. Here’s a travel guide which will help you understand the tourism in and around Mayong. 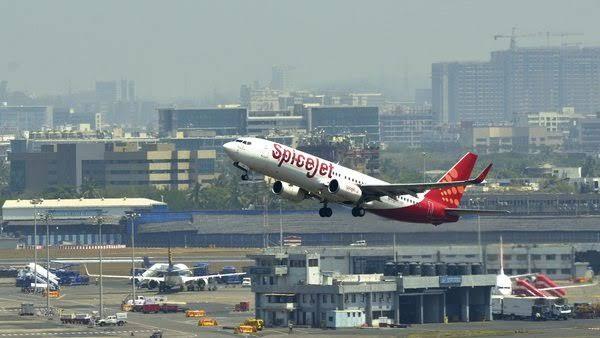 Situated 40km from Guwahati, Mayong can be reached easily by flight, rail or by road, with Marigaon and Jagiroad as the closest commercial towns neighboring it.

The Guwahati International Airport being the nearest airport to Mayong, the village is just 61km away and accessible by cabs to and fro. Guwahati’s well connected with a regular flight connection with most Indian cities and one of the best ways to reach here is to take a flight in the fare range of INR 4,000-13,000 in an approximate travel time of 2-3 hours.

The closest train stations to Mayong are the Jagi Road Train Station or the Barhau Railway Station, at 28km and 32km respectively. You can travel to these stations from Guwhati by bus or cab and then make the onward journey to Mayong by train. To reach Guwahati from Delhi via train takes roughly 28 hours at an estimated cost of INR 850.

The distance to travel by road between Guwahati and Mayong is 38km and takes roughly half-hour or so to reach. You can explore traveling by taxi or hiring a motorbike or driving down in a rented car. The state-verified cab operators in the region include operators like kamakshitours.com, xcell.co.in and mytaxitrip.com. Cabs cost about INR 1000, while the fuel cost of driving a rented car is just 400 on the maximum.

Public transportation in Mayong is rather limited, given that it is a small village in the district of Marigaon. You can travel by bus to the closest bus terminals at Mayong BDO Office, the Circle office, Kumoi or Bhakatgaon Chairal, all ranging between 0.5km-2km and then rent a motorbike to reach Mayong.

The average temperature in Mayong varies, with humidity and temperatures making the climate feel warmer for more than ½ the year with a fair chance of rains for the other half. December, November and January are the driest months in the year.

The period of March through June is usually pleasant to warm, with the average temperatures ranging between 29°C-33°C. Rainfall is usually common with over 3-11 days of significant showers each month. Despite the rains, you can move around comfortably, however, come June and the summer heat may make you a bit uncomfortable in enjoying outdoor activities. Summers are usually dull from a tourism standpoint.

The monsoon period of July through September is laden with heavy showers in most parts of Assam and you can expect about 11-15 days of rainfall during this period in Mayong. The erratic and heavy rainfall makes life come to a near standstill both from a daily and tourism perspective, so it is best to avoid visiting Assam during the monsoon season. On average the temperature oscillates from 24°C to 34°C.

Winters are a beautiful time to enjoy the scenic beauty and outdoor activities in any part of Assam. The average high during October through February is 10°C-24°C with night temperature dropping down to nearly 6°C. If you enjoy winters, then fill your luggage with heavy woolens and look forward to a lovely winter in Mayong and look forward to scenic treks, river sports and a lot of sightseeing.

Interacting with the Locals:

Given its repute as the land of witchcraft and black magic, you can indulge in a chat with the village elders who are more than happy to share stories of magical powers practiced on transforming humans into animals or love spells practiced to bring two individuals together or controlling beasts with magical powers and more!

One of the most popular attractions in the village is the Pobitora Wildlife Sanctuary which has the highest population of the one-horned Rhinoceros in Asia, in addition to being home to wild boars, wild buffalos and an assortment of both migratory and rare bird species. You can enjoy the sanctuary on an elephant safari or aboard a Jeep Safari, with numerous scenic hillocks, valleys and water bodies in and around the village Mayong.

There are a variety of ancient temples and shrines in Mayong and in neighboring areas that include the Kechaikhaiti Shrine in Burha Mayong, Land of Pancha Devata with idols of Lord Dinesh, Lord Vishnu, Lord Ganesh, Lord Shiva and Goddess Parvati, the Narashinha Ashram in Hiloikhunda, Kachashila’s Lord Shiva Temple and Hatimuria’s Ganesh Temple besides others.

Renowned for its archeological monuments and historic ruins, Mayong is known to have onsite a huge stone engraving that dates back 100 years in the village of Burha Mayong. 3.95m long, this inscription’s considered one of the largest stones in Asia, in addition to a beautiful stone carving of Goddess Parvati and Lord Shiva and another of Lord Ganesh from the 10th century at the Chanka Village. There’s yet another king-sized stone engraving or Lord Ganesh at Hatimuris, 2 idols of Shiv-Parvati from the 9th century at Kachashila Hill and more. Some other noteworthy sights include whetstones Lotus Circles, Yonipeeths, Different earthen vessels, terracotta images, stone-bullets, etc at the Village Museum and Research Centre.

The village of Mayong being a small tourist spot, food options here may be limited. You can explore Morigaon and neighboring areas to enjoy the local cuisine. Most eateries function between the hours of 7 am and Midnight. Places like Chandika Restaurant near the LIC Office, Morigaon, the Naru Restaurant and Niharika at SH3 are some of the must-visit eating joints in the area with an ethnic food court at Zupurii, Smriti at Telahi-Morigaon Rd, La Cafeteria at Nagaon-Morigaon Rd and the Moni Chat House at the Niz Dandua-Morigaon Road.

Mayong and Morigaon don’t have many shopping options as such, but when visiting then don’t miss visiting the largest Dry Fish Market here, which is one of Asia’s biggest and exports seafood to Southeast Countries like Singapore and Malaysia. From a shopping perspective, the next best regions to explore beyond Mayong and Morigaon could be in Dispur and Guwahati. Dispur being the capital city of Assam offers many local and flea markets with items ranging from daily utilities to luxury products. You can also explore local handicrafts and souvenirs while visiting the local shopping arcades.