Tourist Places To Visit In Poland

Planning A Trip To Poland? Here's our list of top tourist places to visit in Poland

Poland has had a very eventful history, destroyed as it has been numerous times. But the country is like a phoenix, rising again and again from the ashes of its own destruction. From the time when its rulers were ousted by the Moorish kings to the bleak era of World War II when the Nazis persecuted its largely Jewish population, Poland has seen enough blood, gore and tears. And yet today it is one of East Europe’s most beautiful countries, boasting of some amazing tourist places to visit. 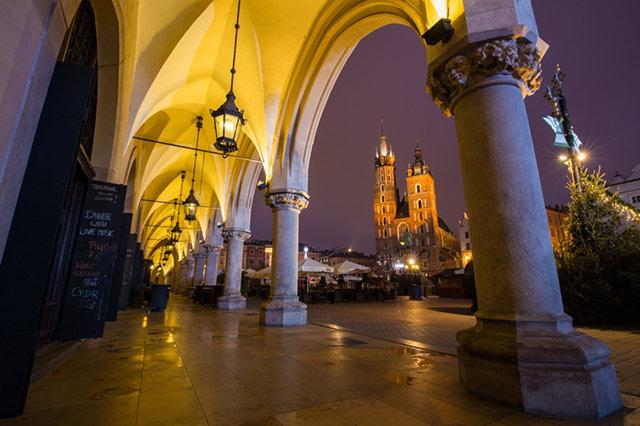 Krakow is one of Poland’s oldest cities and held the throne of its rulers for the longest time. It can be termed as the classic ‘rags-to-riches’ town, as it was just a little village at the turn of the 7th Century and suddenly shot to power position by the 10th Century, where it held the peak of culture, art, economy and politics of Poland. Visit the Old Town, the Two Square and the Cloth Hall which is a Polish art museum. Tour the Wawel Royal Castle and the Wieliczka salt mine with its underground chapels and lanes and lakes.

If Krakow is rags-to-riches, then Warsaw is the real phoenix that rose from the ashes of its destruction during World War II. Today it is the capital of Poland and has a thriving historical and cultural scene when it comes to the tourists visiting. Warsaw was once called the Paris of the North, for it was home to such delicate art and music that put the world to shame. It was the home of Chopin, one of the world’s most celebrated music composers. When here, visit the Copernicus Science Center, the Warsaw Old Town, the Royal Castle and Lazienki Park.

Otherwise known as Danzig, the city of Gdansk is the largest of North Poland’s cities, as well as the main port on the Baltic Sea to connect Poland to the Scandinavian countries. This is again an old city, founded way back in the 10th Century and has been tugged between Germany and Poland from time to time, finding a permanent place in Poland after the second World War. You must visit the Royal Road here, along with the St. Mary Church which is the world’s largest brick church. Do roam the Market for its food and local shopping and click your Instagram-worthy photos at the Neptune fountain.

Wroclaw is a city of Poland perched on River Oder in the west. Wroclaw has had a history of being under different nations’ rule, from Prussia to Germany to Bohemia to now Poland. The most signifiant tourist attractions in Wroclaw are Old Town Hall, the Market Square, St. Elizabeth’s Church and the latest zoo of the country. You can also chill on the river bank or sail up and down if you are one of the adventurous lot.

Torun is the birthplace of the great scientist Copernicus. Now that in itself should make it a hotspot for those who are science freaks or history buffs. Other than that one fact, Torun is also renowned for its ancient Old Market Square and the Gothic architecture of its Town Hall. Torun wasn’t bombed during the World Wars and hence escaped the destruction and resurrection common to most places in this part of Europe. This means there are still ancient monuments as well as houses and buildings that date back to the medieval times.

One of the best nature tourism bets in Poland, the Bialowieza Forest is a thick landmass of jungles that straddles Belarus and Poland. The place is magical and so easygoing that visitors can cross the borders cycling or walking. You will find the European Bison here, red deer, elks, wolves and Roe deer too. You can take the guided tours to sight these animals, arranged either in horse-drawn carriages or walking.

Malbork is a medieval town of Poland, famous for its castles and churches and chapels. This idyllic town is most renowned for the Knights of the Teutonic Order’s headquarters, a castle built in the 13th Century that served during the crusades. It is a shame that most of the castle was charred during the World Wars, but it has been restored quite well today. There is a Malbork Castle Museum nearby, and you can also explore the Dinosaur Park, Jumpy Park and Malbork’s famous Neo-Gothic railway station.