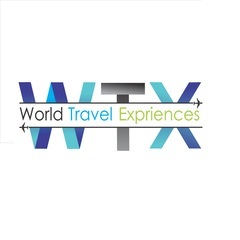 World Travel Experiences is a determined name in the tour and travel industry today with vast and efficient network. World Travel Experiences or WTX is a young by heart, yet a group of experienced travel professional. World Travel Experiences is a One-stop shop which offers a wide range of travel products and services to the travellers who wish to spend their Vacations in India and its Sub- Continents. We as an individual group have created our own brand in the industry which is known for our personalised services & assistance to our customers. The team is made up of highly talented travel professionals. We are not just travel consultants, we love travelling and exploring the maximum destinations. We share our experiences with our customers & our deep product knowledge & experience reflect in our services. Our team figure out its customer’s requirement & helps them to plan their dream vacation with us. Our dedicated team provides round the clock customer support to its customers. read less

Good resort at Jim Corbett utrakhand
Monu Singla - India
Trip To:
Rated 5/5 on 27 Feb 2021
Location of hotel is very good Rooms are very comfortable.all service are very nice i fully enjoy at resort swimming pool is also very nice
Best Travel Agency in India
David Rubin - USA
Trip To:
Rated 5/5 on 22 Jan 2020
Thanks to the team of WTX, they made our trip memorable.
Excellent services
Nikhil Gupta - India
Trip To:
Rated 5/5 on 21 Jan 2020
Excellent services provided by the professional team of worls travel experiences
Golden Triangle tour
Usha George - Oman
Trip To: Agra, Jaipur, Delhi, Golden Triangle (Delhi, Agra, Jaipur)
Rated 4/5 on 15 Jan 2020
Everything was well organized.
The car at our disposal was comfortable and clean and the driver who took us around was very punctual, caring and good behind the wheels.
The hotels were good, but the mandatory part of paying for new year gala party was not worth it.
The guides were okay but the one who accompanied us to Taj Mahal and Agra Fort was in a hurry to dispose us as he'd some other clients waiting. We hardly had 30 mins inside the fort after spending a lot of money to see it.
Family vacation to Uttarakhand
Lakshmikantha - Bengaluru (Bangalore), India
Trip To: Badrinath, Dehradun, Nainital, Kedarnath
Rated 1/5 on 08 Nov 2019
I booked through WTX assuming they will be professional in their business for a family vacation. It turned out to be a nightmare; that they are just agents behind money and leave out clients in the middle of nowhere during journey. They do not honor their commitments what they make initially. They enter into an agreement to book certain category of hotels and later they book cheap hotels. We have no choice to accept since they have collected advance payment with wild promises and confirm booking towards end for lower category hotels and collect full money. They have pathetic relationship with hotels and bus operators, who are most unprofessional and unethical. They never take you to places which they have promised in itinerary, reason driver does not want to drive. When you call up WTX for help, they will push you to adjust to driver needs. The bus drivers are another type of agents who are interested in making commission out of you during travel, if you do not agree bus will be stopped threatening to spoil your vacation. WTX says sorry for this behavior and not help you in any manner. It is very unsafe for family members to avail vacation with this agency. Lucky that I and family members survived from such a horrible experience. I would never recommend any family member to plan vacation with this agency. It is very disgusting to write any more bad experience.
World Travel Experiences replied:
20 Nov 2019
Dear Sir,

It had been our utmost pleasure to organize the trip for your family. Unfortunately, there had been few glitches which evolved due to your negligence & non-cooperative behavior. As I delve into your series of complaints against us which according to you are genuine but the facts convey another picture.

Regarding your unsatisfactory review about the hotel category, I’d like to clear that the Confirmation was sent to you on 24th September which was more than a month before your trip. It’s disheartening to Know that you failed to compare the hotel’s envisaged and provided. They were exactly of the same category as mentioned in the program.

As I talk about your concern towards us that we are agents behind money & monetary gains. Let me inform you that as per the company’s policy of Payment. You are supposed to pay the entire tour amount before the tour begin’s. However due to your trust issue’s you postponed the payment. Hence you breached our payment policy, which certainly played a major role in your product that was delivered. Despite of your false hope of paying the tour amount. We still conducted the tour of your entire family. Which anyohter company on this entire planet would not have done.

Regarding your concern of the standard of the hotels that were suggested they were as per the standard, and its clearly mentioned in the itinerary that if the hotel’s are suggested sold out, we are liable to change them to the similar category. Which we did. However you remained blind to it. Hence, still you chose to rant about the below standard category, which is not true. I request you to check the trip advisor link of the hotel’s that we suggested. Neither we have any complaint from your end to the hotel, Stating the flaws in the hotels.

You reached late to Munsiyari which was @0100 AM. As per the hotel’s policy the dinner timings are from 0700 PM to 1000 PM. It was our courtesy that we still managed the supper for your entire family @ 0100 AM. Which still remains unnoticed to you. I don’t know why!! Yet, chanting the mantra of Pathetic Relationships with the hotel’s.

Regarding your concern towards the driver’s behavior let me clear the mist surrounding it. You checked-out late despite of informing you in advance that it’d affect the rest of your tour. Due to which you forced the driver to Drive at Night which resulted in the breach of the state Transport law. As a result the fine was imposed. You hampered the safety of the driver, vehicle & the fellow traveller’s. The driver requested you “It’s unsafe to drive at night & against the law” However, you chose to remain deaf towards his concern which later resulted in the hassle you had to go through.

As per your baseless remark regarding the commission of the driver. Let me inform you that there has been no such remark/statement given by him. Please don’t accuse the innocent driver seeking grudges on him. His only motive was to keep you and the family member’s safe. A reaffirmation that it’s unsafe to drive on the hilly terrain at night & tourist vehicles are not allowed to drive after 0700 PM. That was the reason why the vehicle was stopped.

When the concerned tour person took the follow ups regarding your smooth conduction of tour. You advised him “Not to suggest or tell him about his whereabouts and whatabout. Its your tour & will go on your own will without any interference. Hence, you choose to remain deaf when we tried to inform you about your own benefit. Your own actions resulted in the hassle.

PS: The tour would have been fine if you did not breach the payment policy of the company. The vehicle was suggested as per the itinerary. However you made sudden changes at your own will. At some places you checked-out late,Even @0100 PM which affected your remaining tour as it’s a chain affect. Compelled the driver to drive at night. Hence, breaching the state transport law. You didn’t give the entire payment at the beginning of the tour.

Thanks & regards,
7 Day Golden Triangle Tour
Narain Kirpalani - England (United Kingdom)
Trip To: Golden Triangle (Delhi, Agra, Jaipur)
Rated 5/5 on 08 Feb 2019
We booked a seven day Golden Triangle tour through WTX and were very happy with all the services provided. Our driver for the tour was excellent. Two of the three guides proved were good, however, one was not to our satisfaction as he was rushing us on the guided tour, not giving us enough time to take pictures and look around. Despite this, we would definitely still recommend them. We also booked various airport transfers through them and were very happy with this as they met and dropped us at the airport on time.
Wonderful adventure
Jon Charnas - Spain
Trip To: Agra, Jaipur, Jodhpur, Delhi
Rated 5/5 on 06 Feb 2019
WTX introduces us and helped us to discover a country we had never visited. I proposed an itinerary which they seemed to approve. Between their wonderful drivers and knowledgeable guides we saw amazing sites. And they were very cooperative about taking us to several places and restaurants not on the original schedule. They also made sure that we got to the shops we specified. And they guarded some luggage for us that we chose to leave in New Delhi after a wedding we attended. We definite recommend WTX.