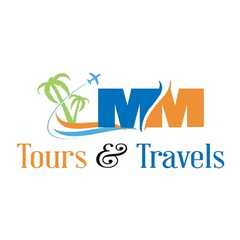 M M Tours & Travels is a celebrated name in the travel industry. We are providing different services to the clients at market leading charges. We are providing airline ticketing services and cruise booking services. We are offering tour packages like honeymoon holidays, romantic holidays, family holidays, beach holidays, beach island tour, group holidays and adventure tour. We are planning events and booking hotels for the clients in and around Andaman. Moreover, our expertise in providing cars on rental basis has allowed us to gain a huge clientele all over Port Blair. We have a team of talen ... read more

M M Tours & Travels is a celebrated name in the travel industry. We are providing different services to the clients at market leading charges. We are providing airline ticketing services and cruise booking services. We are offering tour packages like honeymoon holidays, romantic holidays, family holidays, beach holidays, beach island tour, group holidays and adventure tour. We are planning events and booking hotels for the clients in and around Andaman. Moreover, our expertise in providing cars on rental basis has allowed us to gain a huge clientele all over Port Blair. We have a team of talented individuals that includes travel agents, cruise booking agents, event planners, and hotel booking agents.

M M Tours & Travels is a Port Blair (Andaman & Nicobar Islands, India) based company, which was incorporated in the year 2014. The company is owned by Mr. Manojit Mondal, whose immense experience and industry knowledge have allowed us to render unmatched services to the clients to witness the beauty of this beautiful place Port Blair in a short time. All the services that we provide are rendered with utmost perfection and keeping the client satisfaction as the first priority. You can contact us at our numbers that are flashing on our website to avail our services.
read less

Our troubles started before departure. We provided our names with the correct spellings for flight booking and we received an incorrect ticket for my father. On contacting M&M, they refused to pay the ticket change fee and asked us to take our chances at the airport.

Our party of 4 was also not seated together, we had to pay extra to the airline so our family could sit together.

On our first day, our driver dropped us off at Corbyns and was then missing when we arrived back at the parking lot. He picked us up in an hour...

My father requested that we pay some of the dues (less than 30%) on completion of the tour, to keep both parties honest. Suresh threatened to leave our family stranded on an island by "canceling our tour midway" if we did so. We paid the entire amount upfront as requested to avoid further issues.

This was unexpectedly aggressive behavior from a someone in customer service and The tour after this moment was a bunch of lies and misleading information provided by Suresh and co. I'll try to list out as many as I can so you can avoid such an experience.

Before our departure, we paid for and were promised personal cab service throughout our trip. However, we were on an itinerary with multiple other tours on both the islands and were given pickup times by drivers. Suresh and other members of his staff like Priya were unapproachable during our visits to the islands. They missed several calls and did not reply to our messages. On further talking with the island drivers, it turned out that Suresh had not even intimated them about a personal cab being required, even though it was an option they provided.

On our arrival back from the ferries that were booked by Suresh and co, we were always made to wait an average of 30 min-1hr. If you know the arrival time of the ferry, your tour operator should make every effort to be on time, rather than be missing and only on calling many times, send someone to get us.

Our hotels were promised with wifi, which didn't work due to network issues.(This was not true as I paid to use wifi at nearby hotels for my requirements.) Our hotel Blue MMarlin in Port Blair even provided us dirty sheets on our final day, leaving us to sleep on top of the bed, rather than in it.

Even though Andaman and Nicobar islands is a very naturally beautiful area to visit, our tour was spoilt by the harassment and lies from our travel agent. We left with a bittersweet taste in our mouths and would love to visit Andaman again, but by booking our own tour or going for another service.

PLEASE AVOID IF YOU DON'T LIKE BEING HARASSED AND LIED TO ON YOUR TRAVELS AND WANT SERVICES PROVIDED THAT YOU PAID FOR.
M/s M M Tours & Travels replied:
30 Nov 2018
Dear Mr. Mathur first of all we MM Tours & Travels , apologize and regret for the inconvenience that you faced rendering our services.A simple mistake in Mr and Mrs is not a big issue at airports . It doesn't need any change in ticket for the person to get inside an airport or Board a flight . We asked you to take your chance and your father was allowed inside so thats not a problem to resolve .
Next the seats that you want can be selected at the check in counter where you get the boarding passes. You could have asked the personnel for adjacent seats on the flight but still couldn't have managed to get adjacent seats for four.
When we were being dropped for sightseeing I am sure the driver would have informed you the exact place and time for pickup you have to go back on the cab and you must be back before time so you feel that the driver was late which he wasn't .
Dear sir for your convenience speedy services we also have to pay the costs to the hotels , cab providers, ferry tickets etc as per company terms and conditions you are entitled to pay 50 % at booking and 50 % on arrival at portblair . Sorry about the misbehaving staff that you encountered but I am sure he must have been under immense pressure to pay the dues made him behave that way. Taking about unexpected aggressive behavior , even after enjoying most of the activities and destinations this is an unexpected aggressive behavior from you sir. If you would have clearly read the itinerary , we have mentioned in it that you will get cab services only during sightseeing tours, no personal cab was to be provided to you .
On arrival at any harbor at portblair to walk out of the main gate to get on your cab . As you might not know these places have restrictions for vehicles and vehicles only with defense passes from administration vehicles are allowed and even if we wished to you could not have provided you a pickup service at the ferry jetty .
Dear sir , hotel has to provide you wifi as per conditions but if there was a network issue which usually is in these islands we could not have done any better for you with the wifi and regarding dirty sheets you could have asked the room service providers to change the sheets that’s not a matter where tour operators will come and ask the hotel staff to change the sheets .
Light and sound shows tickets are not that easily available as you are thinking it must be weather conditions were not good when you visited . As per the jail staff there were two shows the previous day but the fact is that when it rains or the weather is not suitable for the show the shows are cancelled and if it was informed to you that the show has been cancelled it was for your greater good otherwise you would have complained that we were taken to the light and sound show my MM Tours And Travels but they did not provide us umbrellas or raincoats . Allegations may have arisen that MM Tours And Travels did not stop the rain.
When asked for identity proof produce their proofs which have their photograph in it . But when asked to you , you provided us with a tampered aadhar card Xerox copy which had no photograph . This major now but we did not retaliate because it can be resolved . Just like that you show some maturity and don’t encourage your response at all option is good but defamation on the basis of immature and childlike accusations and asking other customers to avoid our service is a bit unorthodox . Don’t you think Mr.Davendra out of all respect thanks a lot for your precious time and effort for writing such wonder full reviews .
Dear sir , once again apologies for the in conveniences you faced but all the other guests that we serve and have served in the past have had a pleasant stay in these islands but not you and yours family . Maybe it was your bad luck . But we at M M Tours And Travels ethically to provide our guests the best of services at the most affordable prices . May you visit these emerald islands again , we promise to serve you better next time I hope I have replied to all yours queries and complaints soundly and to your
Excellent
Suresh - India
Trip To: Andaman and Nicobar Islands
Rated 5/5 on 13 Nov 2016
Excellent service provided with nice package which includes hotel booking and cab services.
M/s M M Tours & Travels replied:
14 Nov 2016
Sir Thank You Very Much & Its my duty those who come for tour I give my 100%.
Load More (10)